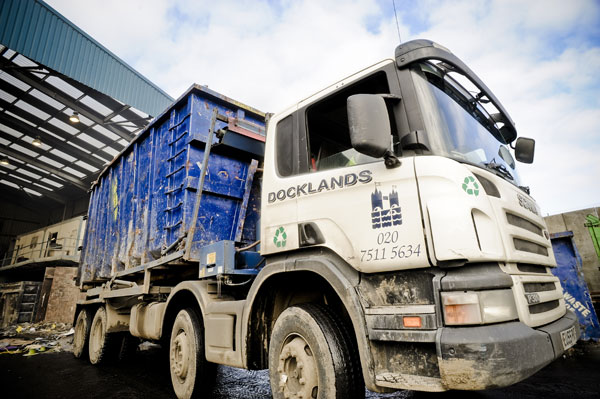 London-based Docklands Waste Recycling (DWR) has launched a new division to meet the growing demand for the safe removal, processing and disposal of asbestos in London and across the UK.

In creating the new asbestos management division, DWR, based in Canning Town, has invested significantly in equipment – such as its new fleet of fully-enclosed asbestos containers – as well as the necessary accreditation and statutory licenses.

"We are seeing substantial demand for asbestos management from developers of brownfield sites, but also from other sectors as capital investment ramps up across the UK."

Asbestos was extensively used as a building material in the UK from the 1950s through to the mid-1980s. It was used for a variety of purposes and was ideal for fireproofing and insulation. However, when asbestos fibres are inhaled they can cause serious diseases which are responsible for around 4500 deaths a year, according to the UK's Health & Safety Executive.

The Control of Asbestos Regulations were introduced in the UK in November 2006 and were updated again 2012. The legislation is aimed at minimising the use and disturbance of asbestos containing materials within British workplaces; banning the import and use of most asbestos products and setting out guidelines on how best to manage those currently in-situ.

DWR celebrates its 25th anniversary next year, having established itself as one of London's leading waste management companies. The company recently built a state-of-the-art licensed waste transfer station and materials recycling facility operates a large fleet of vehicles.